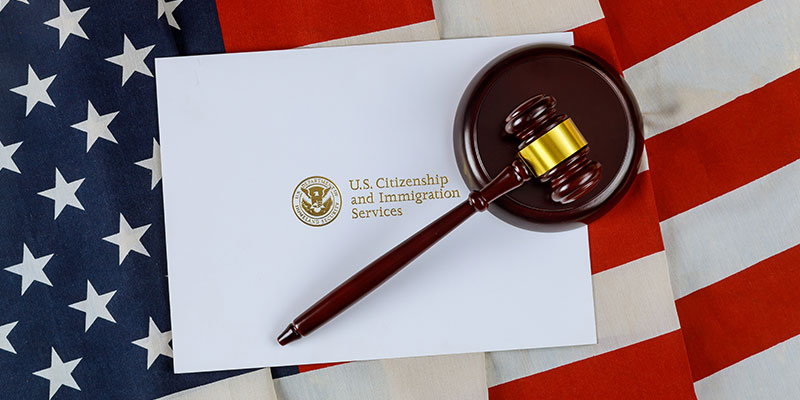 The USCIS received close to 483,927 registrations for the FY 2023. Ever since the registrations were closed, speculations have been rife if there would be a second lottery this year, similar to the FY 2022. USCIS has finally put an end to all these speculations.

The U.S Citizenship and Immigration Services (USCIS), in its official announcement on 23 August 2022, made it known that it has received enough petitions to reach the number mandated by the US congress for the fiscal year 2023. This also implies that there will be no second lottery this fiscal year.

The USCIS has also made it known that non-selection notifications have been sent to the concerned registrant's online accounts.

The official announcement also stated that USCIS is still accepting and processing petitions that are cap-exempt. Besides, petitions for the following categories can be submitted too :

It is important to note that petitions filed for H1B workers who were previously counted against the cap and continue to retain their cap number do not come under the FY 2023 cap for H1B.

The H-1B Lottery - How it Works

The H-1B visa is the most sought-after non-immigrant visa that allows US companies to employ workers from outside the country in specialty occupations. The minimum requirement for this much-coveted visa is a Bachelor's degree or its equivalent. Besides, companies in the US that are in need of experts to work for them must petition for this visa. Primarily, technology companies in the U.S. are highly dependent on this visa to employ thousands of qualified workers from India and China.

With so many people applying for the coveted H-1B program, the USCIS usually places a cap to limit the number of visas being issued. As per the mandate of the U.S. Congress, the U.S can issue 65,000 H-1B visas every year under the regular cap and 20,000 under advanced degree exemption.

The USCIS conducts a random lottery to select visa petitions that should be taken up for further processing. If an adequate number of petitions are not registered, USCIS conducts additional rounds of lottery until the cap is met. Last year, there were unusually three rounds of lottery, giving rise to speculation of possible additional lottery rounds for FY 2023. All this has now been put to rest by the USCIS announcement.

Not Selected in Lottery - What are Your Options?

Now that the likelihood of a second lottery is squashed, applicants who were not fortunate enough to be selected in the first round should now explore other options. Because, all is not lost! You can consider taking up employment with a non-exempt employer, try opting for another visa program or try your luck next year. Read here on what you can do if your petition was not selected in the lottery.

For all the latest updates on the H-1B visa program, follow https://h1b.techfetch.com/